Time for a new exhaust? 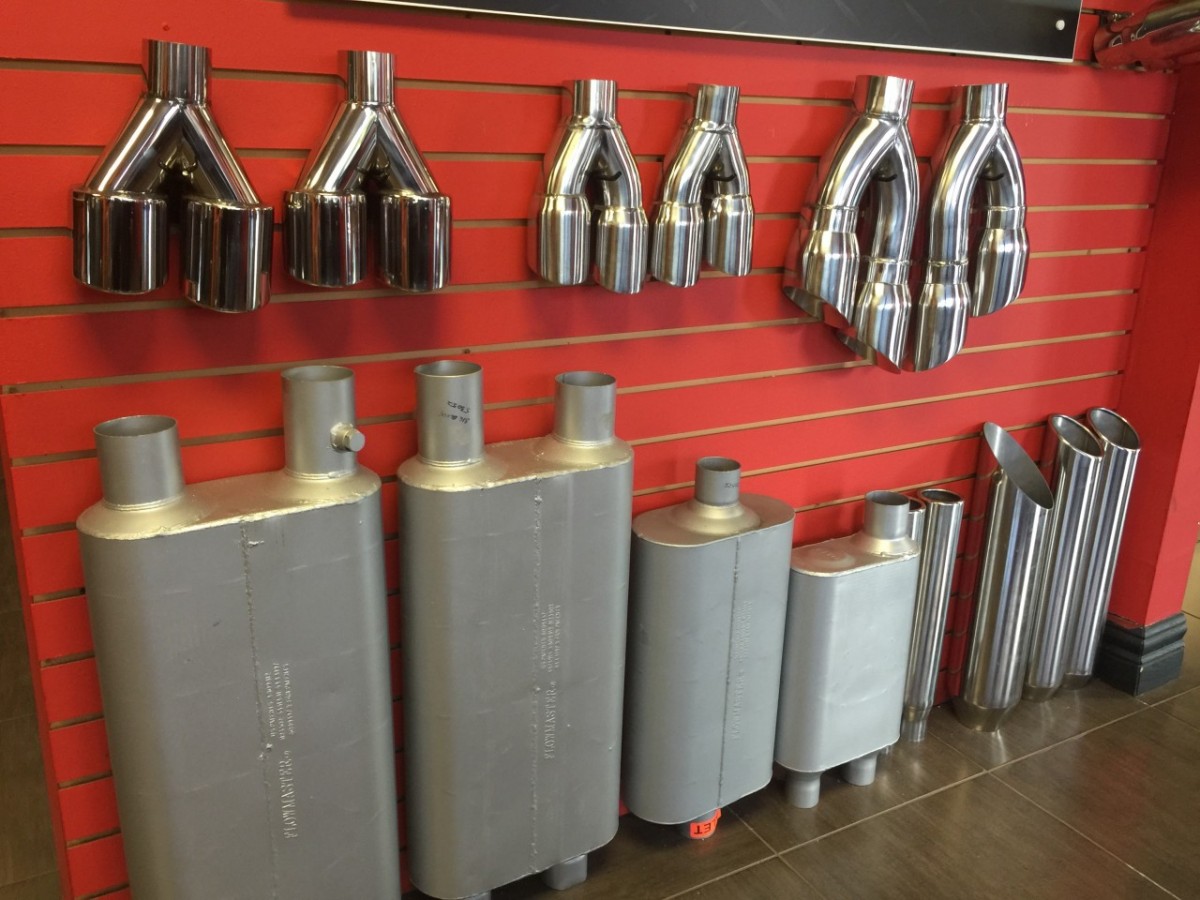 Exhaust systems are one of the most neglected aspects of most vehicles. Exhaust pipes, catalytic converters, and mufflers are exposed to heat, emissions, and road damage. While your exhaust system is fairly simple and straightforward, these conditions mean it is inherently prone to rust and damage. As a result, this system is often one of the first systems you will have trouble with on your car.

The mistake most people make is thinking that the exhaust system doesn’t matter; alas, the days of a simple exhaust pipe are behind us, folks. A modern car has exhaust pipes, flex pipe, oxygen sensors, mufflers, catalytic converters, and sometimes more. Exhaust systems are no longer a simple tube to dump waste. The exhaust from most cars on the road today is measured by the computer through oxygen sensors, which are necessary to keep the engine in tune. The catalytic converter cleans the exhaust as it flows through, significantly cutting down on emissions. Mufflers more or less perform the same function they always have, but depending on the car even they can make a difference in your engine’s performance.

All that is to say, upkeep of your exhaust system is essential. At American Auto Clinic, we know that understanding your car is the best way to keep it maintained. Here are some things to keep in mind:

Even a simple leak in your exhaust can cause your car to run poorly. Besides running the risk of exhaust finding its way inside your vehicle, and the truly annoying sound of a leaking exhaust pipe, leaking exhaust affects the ability of sensors to do their job. Leaks will cause inaccurate sensor readings, which affect the running condition of your vehicle. Sometimes a check engine light can even be the result of a leaking exhaust system.

Oxygen sensors measure the amount of oxygen in the exhaust, and directly affect the air/fuel mixture that runs your engine. When sensors go bad, are dirty, or get inaccurate readings, it affects the way your car runs. Gas mileage, power and acceleration, and smooth running conditions are all affected negatively by a faulty oxygen sensor. Usually an oxygen sensor is one of the first sensors to go out, and typically will cause a check engine light to come on. Your mechanic will be able to read the engine code and determine if your sensors need to be replaced.

This one you can more or less diagnose yourself. Catalytic converters can produce a smell almost like rotten eggs when they aren’t working correctly, or if there’s another problem down the line. A hint of that scent isn’t necessarily cause for concern if you only catch it when you’re hard on the accelerator, but if the smell is strong and frequent you need to have it fixed. Catalytic converters also have porcelain in them, which sometimes cracks, and will rattle around. If your exhaust doesn’t seem loose but you hear a rattling sound, this is most likely your problem. In some instances, catalytic converters will become clogged. If it’s partially clogged, the engine will begin to run rough and the check engine light may come on. If it is fully clogged, other complications will occur. Engine overheating and poor engine power can be the result of a clogged converter. If you think this might be your problem, look behind the car where the exhaust comes out, while the car is running. If you don’t see exhaust escaping rapidly, carefully feel the air coming from the pipe; if the cat is clogged, there will be little to no pressure and the air will be very hot. If you find yourself in this scenario, get it fixed immediately, as a clogged cat will cause a lot of expensive damage.

Typically, your muffler won’t really affect your vehicle’s performance (though it depends on the car.) However, a bad muffler will be generally annoying to listen to, and often it’s a cheap fix worth investing in. Mufflers have a tendency to rust out or sustain damage on the road, so keep an eye out and an ear open for a failing muffler.

Once exhaust problems start, they only get worse until they’re fixed. They cause your vehicle to waste gas, and can cause more damage if left unattended. Exhaust issues are also really annoying, and once they are fixed will improve the quality of your driving experience so much you’ll wish you had fixed it sooner. If you are tired of being plagued by issues with your exhaust system, or think you have a problem in the works, visit American Auto Clinic in Albuquerque and let us check it out. Call or come by today!